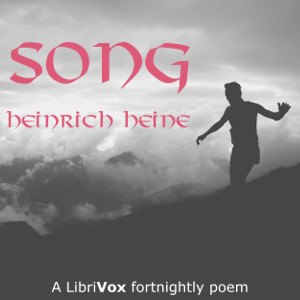 LibriVox volunteers bring you 7 recordings of Song by Heinrich Heine.
This was the Fortnightly Poetry project for JUne 25, 2017.
Read in English by Algy Pug; Newgatenovelist; Bruce Kachuk; David Lawrence; Ian King; Leonard Wilson; Tomas Peter and tovarisch.
Christian Johann Heinrich Heine was a German poet, journalist, essayist, and literary critic. He is best known outside Germany for his early lyric poetry, which was set to music in the form of Lieder (art songs) by composers such as Robert Schumann and Franz Schubert. Heine's later verse and prose are distinguished by their satirical wit and irony. He is considered part of the Young Germany movement. His radical political views led to many of his works being banned by German authorities. Heine spent the last 25 years of his life as an expatriate in Paris. - Summary by Wikipedia
For further information, including links to online text, reader information, RSS feeds, CD cover or other formats (if available), please go to the LibriVox catalog page for this recording.
For more free audio books or to become a volunteer reader, visit LibriVox.org.
M4B Audiobook (7MB)

Uploaded by librivoxbooks on July 9, 2017